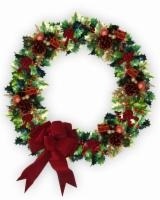 The Federal Reserve put a hitch in the markets’ giddy-up last week.

It wasn’t the Fed’s second interest rate hike in a decade that caused markets to stumble. December’s rate hike was old news before it happened. In mid-December, Reuters reported Fed funds futures indicated there was a 97 percent probability the Fed would raise rates one-quarter percent at its December Federal Open Market Committee (FOMC) meeting. In addition, all 120 economists polled by Reuters agreed rates were headed higher.

“The market, however, was surprised when the Fed turned ever-so more hawkish, with its “dot plot” indicating three rate hikes next year, up from two. Still, stocks handled the news better than might be expected, with the Standard & Poor’s 500 index dropping 0.8 percent immediately following the announcement but still finishing the week down just 0.1 percent to 2258.07. The NASDAQ Composite fell 0.1 percent to 5437.16, while the Dow Jones Industrial Average gained 86.56 points, or 0.4 percent, to 19843.41, its sixth consecutive winning week.”

If there is a silver lining for bond investors, it may be some specialists believe changes in Treasury rates will be modest during 2017. Barron’s reported, “For what it’s worth, the 10 firms surveyed in our Outlook 2017 see the 10-year yield at 2.69 percent late next year, just a tad above today’s level.”

Past performance is no guarantee of future results. Indices are unmanaged and cannot be invested into directly. N/A means not applicable.

To 20,000 and Beyond! You may have noticed investors have been pretty enthusiastic about U.S. stocks in recent weeks. It’s possible the Dow Jones Industrial Average will surpass 20,000. The fervor for U.S. stocks may be due to improving corporate earnings growth or it may reflect expectations for the incoming U.S. President. The Economist reported:

“…the American stock market rally since the election has been quite remarkable, given the qualms expressed by many investors before the election. The big hope is that Mr. Trump will focus on his plans for fiscal stimulus and corporate tax-cutting; this will boost America’s economy and corporate profits. But, it may also push up inflation so investors are switching out of Treasury bonds and into equities. At the same time, investors are counting on Mr. Trump to forget about, or downplay, his protectionist rhetoric; as yet, they have been remarkably sanguine about his twitter wars with China.”

Any time investors become exuberant, the words of Warren Buffett come to mind: “Two super-contagious diseases, fear and greed, will forever occur in the investment community. The timing of these epidemics will be unpredictable...We simply attempt to be fearful when others are greedy and to be greedy only when others are fearful.” The U.S. bull market may have further to run, but contrarians may see better relative opportunities elsewhere.

Weekly Focus – Think About It

“The supreme quality for leadership is unquestionably integrity. Without it, no real success is possible, no matter whether it is on a section gang, a football field, in an army, or in an office.”

Best Regards From Your Horizon Team,

P.S. Please feel free to forward this commentary to family, friends, or colleagues. If you would like us to add them to the list, please reply to this e-mail with their e-mail address and we will ask for their permission to be added.

* These views are those of Peak Advisor Alliance, and not the presenting Representative or the Representative’s Broker/Dealer, and should not be construed as investment advice.