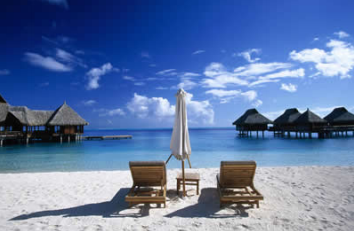 When the yield on 10-year Treasuries finished last week at 1.37 percent, a record closing low, Barron's called it a Kübler-Ross rally.

Elizabeth Kübler-Ross was a Swiss psychiatrist whose research identified the five stages of grief: denial, anger, bargaining, depression, and acceptance. According to Barron's, institutional money managers have reached the final stage of grief and accepted that bond yields may remain low for some time:

"Far from irrational exuberance, many institutional investors voice resignation (or worse) to the fact that they are forced to put money to work at record low yields - 1.366 percent for the benchmark 10-year Treasury note - since that's better than nothing, which literally is what they earn on the estimated $11.7 trillion of global debt securities with negative yields."

The Wall Street Journal attributed record low 10-year Treasury rates to investors' concerns about the health of the global economy, as well as "expectations that central banks in Japan and Europe will take further steps to bolster their economies, doubling down on ultra-loose monetary policies that have already helped create a record amount of negative-yielding government bonds."

U.S.stock markets closed near record highs last week after the June employment report showed far more jobs had been created than expected. Once again, this raised questions about whether stocks are pricey in the current environment.

Barron's explained the equity risk premium, which is the potential return investing in the stock market provides over investing in a low risk option such as a Treasury bond, is 4.6 percentage points. That's almost the highest it has been in the past 15 years (excluding the financial crisis and the European debt crisis). However, if earnings don't meet expectations, stocks may prove to be more expensive than they appear.

Past performance is no guarantee of future results. Indices are unmanaged and cannot be invested into directly. N/A means not applicable.

CANADA, EH? If there were a beauty contest among nations, Canada would probably be crowned Miss Congeniality. The second largest country in the world - known for breathtaking temperatures (-40 degrees Fahrenheit), magnificent scenery, open spaces, and friendly natives - has captured the interest of both Brits and Americans during 2016.

Canada was the top theoretical relocation choice among Brits following the Brexit vote. According to Citylab.com, 'move to Canada' was one of the two most popular 'move to...' searches in British cities. The second was Scotland, which took first among folks living in Manchester, Birmingham, Leeds, Liverpool, and Bristol.

It's interesting to note the top search among residents of Edinburgh and Glasgow in Scotland was 'move to Gibraltar.' CityLab.com opined:

"It seems unlikely that these major cities are genuinely thinking about squeezing onto a tiny rock, but Gibraltar has been on people's minds, Isuspect, because it was first to declare a referendum result (for Remain) early this morning and is now finding itself under high-profile pressure for power-sharing from Spain."

U.S. Internet searches for the phrase 'how to move to Canada' were quite popular this year, too, according to The Economist. The search reached its 2016 crescendo to-date after the Super Tuesday primaries in March. Donald Trump won seven states and Hillary Clinton won seven states and American Samoa.

It wasn't the first time American presidential election choices inspired such angst among its citizens. 'Move to Canada' was a popular search phrase in 2004 after George W. Bush defeated John Kerry.

Regardless of the popularity of the search phrase, the number of American and British people who have migrated to Canada remains quite low. During each of the last 10 years, just 15,000 people from both nations together have sallied forth into the Great White North to become Canadian citizens.

Weekly Focus - Think About It